Modern rail transportation can be traced back to about 1820 when the first steam locomotives were invented and developed in the United Kingdom. These ancient trains were the first practical way used to move goods and people across different parts of the country quickly and efficiently. They remained so for about a century. So there is no surprise that model trains became popular very early on and remain so today.

Early model trains were often used as promotional or marketing tools to show people who had never had the opportunity to see a train to do so. In the early 1890’s, German toy manufacturer Marklin manufactured clockwork model trains that used wound springs as the locomotion mechanism. These trains were initially sold as expensive toys, but it wasn’t long before someone had the idea to market them to adults and added accessories so that hobbyists could personalize their trains and layouts. These early sets were expensive and beyond the reach of most people. 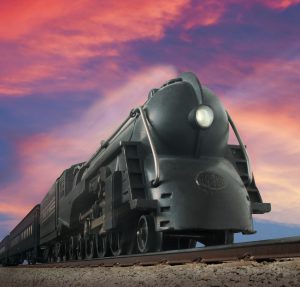 Many of the early model train sets were made in Germany and at the outbreak of World War one, shipments to the US stopped. This provided the opportunity for US companies like Ives and Lionel to be started and make inroads into the market with little competition. These companies also decided to make more inexpensive sets and sell them as toys that many families could afford. During the Victorian period in the 1920’s many models were available in various price ranges from tin and lead “penny toys” up to more expensive fully operable scale models with working steam locomotives. From the original model trains that were operated by winding a spring, just like a watch, trains progressed to an electrical operation where the current is supplied through the track. As track layouts got bigger, there was a need to control individual parts of the track, and complex wiring patterns became part of the challenge. Today, the track is often controlled digitally through a handheld controller or via computer software.

From the 1930’s through today, various scales sprung up, and competing companies around the world started to make their model train sets more detailed and offered more variety in their accessories. As the hobby grew, scale standards were needed so that hobbyists could buy different pieces from different manufacturers and have them all work together. Although the scales are often known under different names in different countries (like H0, which is pronounced “ach zero” in Australia and the UK, but “ach oh” in the US), for the most part, these standards have been accomplished. There are slight differences in these standards which can sometimes make model railroading a challenge, but the N scale or H scale from one manufacturer can usually be made to work with the N scale or H scale from another manufacturer.

The 20th-century technology led to the development of signal watches, remote controls for signs and lighting, and train operators. Both N and Z gauges, designed for smaller trains and the G gauge for larger scales were introduced. Today, the contemporary software will help you in designing your layout. The computerized technology that sets your train on a certain course and lets off steam or makes train sounds which all add to your enjoyment. There have been a plenty of changes over the years; this is just a glimpse.

Super huge thank you to www.bestline.net for their support of our site!